Collect Now or Later, Early or Late, What Are My Options?

So if you’re nearing retirement, you have to weigh your choices: Is it better to have a regular monthly income stream right away, or wait to collect bigger monthly checks later?

The Social Security Administration defines “full retirement age” as the point at which you’re eligible to collect 100 percent of the monthly benefit you’ve earned over your lifetime of work. If you were born in 1943 or after, that’s between 66 and 67, depending on your year of birth. You don’t have to start collecting checks at that point, though. You can put it off until age 70, which is when you’ll reach your maximum benefit. 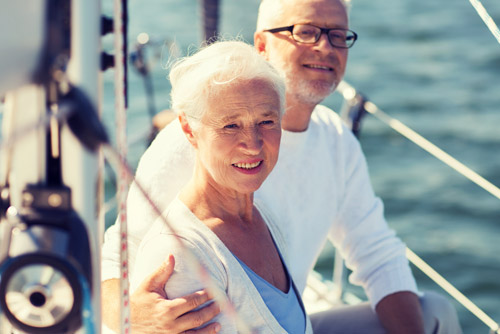 Will Social Security Be There for Me?

We’ve been brainwashed into thinking Social Security isn’t going to be there for the long term, as a result many couples ignore it when it comes to their retirement planning. Their attitude is “Don’t count on it because it may not be there.”

It’s time to set the record straight. For most middle income couples, Social Security in fact makes up 20% – 50% of their retirement income — often upwards of $500,000 in lifetime benefits. Obviously, that is a large sum of money for just about anyone. Doesn’t it make sense to optimize that asset if you can?

For many boomers, given the shift away from traditional pension plans, Social Security will provide them with the only income that’s guaranteed for life making the best decision about when to start Social Security complicated.